The Mighty, Mighty Wren and the Tiny, Bold Voice of the Self 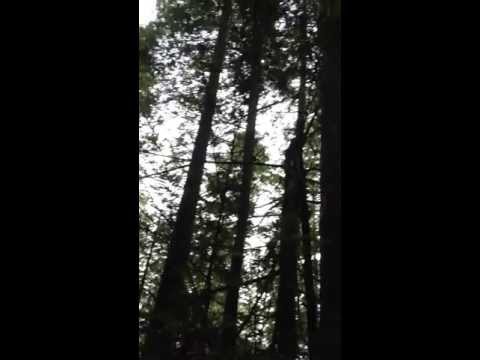 The voice of the Self needs to be heard and it can be tiny at times, like the wren. I was out for a hike in the coastal mountains under a stand of old growth redwood trees mixed in with a younger generation of redwoods. It was shortly after sun rise—a perfect time to hear morning birdsong. As I was walking along the trail deep in a hidden glen, the flutter of a small bird to the side of the trail caught my attention. I stopped and perched about 10 feet away sitting on a branch was a tiny wren.

The wren is a small, brownish-colored bird about the size of your thumb. To me, the wren has perhaps the boldest, most beautiful and melodious voice of all birds, especially for a bird of its small size. Soon after I glimpsed the wren, it let out into its distinctive song. Equipped without a camera, I realized that I did have my iPhone and I also realized that the phone even had a video feature which I had never tried. As quietly as I could, with the wren still close by, I fumbled with the phone and managed to make my first video with this iPhone which I have decided to post here.

Though there is not a good image of the wren (it’s perched on a branch close to the center of the video) I managed to capture a 10 second audio clip of the beautiful song.

From a Jungian psychological perspective, the Self is a central, organizing and vital part of the personality. The Self helps to direct us to become who and what we are as unique personalities. Generally speaking, actualizing the Self is the opposite of conformity. We could say that the Self almost demands our unique expression in some form or another for good mental health and to ward off being usurped by the masses and the constant pressures in this world to fit in and be like everybody else.

Carl Jung knew of the importance of finding a voice for the Self. He wrote about this often and in the final few pages of his autobiography Memories, Dreams, Reflections, he wrote, “Loneliness does not come from having no people about one, but from being unable to communicate the things that seem important to oneself, or from holding certain views which others find inadmissible” (p. 356).  In The Visions Seminars, Jung also said, “Experiencing the Self means that you are always conscious of your own identity” (p. 404).

As the title of this blog post implies, however, the voice of the Self can be tiny like a wren. Nonetheless, it needs to “break through” and be heard anyway. Paradoxically, even when the voice of the Self is at one level “tiny,” it can be bold at the same time. Nature’s example of the tiny wren, with its melodious but loud song, is an example of this paradox. Because the psyche is nature, the psyche often follows similar laws of paradox.

Following the direction of this voice is what seems to matter to the Self. A painting and work of art that illustrates this nicely was recently completed by Staci Poirier www.stacipoirierart.com and posted on Twitter.  She titled her painting, “Breaking Through.” This piece beautifully depicts an artist’s hand in the lower left corner of the canvas–as if it is breaking through into life and onto the canvas itself.

“Breaking Through” by Staci Poirier

Twitter can be one of the creative mediums for the expression and voice of the Self. I believe that this is one of the reasons that Twitter has been so successful. Twitter is becoming more and more utilized by people throughout the world as a means for artistic and creative expression.

You serve the Self well when you both find and boldly express your voice, just like the birdsong of the tiny but mighty wren. To paraphrase Jung, expressing your uniqueness and the creativity and ideas that make you who you are deep down, has the potential to ward off loneliness and alienation from the world even when there are no people around you. Your tiny, bold voice of the Self needs to be heard and it has the potential to connect you to a vitality and meaningfulness difficult to discover in a world full of distractions and pressures to conform.

This entry was posted in Creativity, Ecopsychology, Editorial, Nature, Self and tagged birds and Jungian psychology, creativity and wholeness, Expression of the Self, Jungian Self, loneliness and creativity, symbolism of birdsong, Voice of the Self, wren symbolism. Bookmark the permalink.

4 Responses to The Mighty, Mighty Wren and the Tiny, Bold Voice of the Self